Truist Foundation announces Where It Starts, a $22M initiative to support small businesses and create career opportunities for communities of color

CAEL, Living Cities and Main Street America named as anchor partners for the initiative CHARLOTTE, N.C., Jan. 30, 2023 /PRNewswire/ -- Truist Foundation today announced the creation of Where It Starts, a $22 million, multiyear program to strengthen small businesses and open career pathways for Black, Indigenous and People of Color (BIPOC) individuals across the U.S. As part of Where It Starts, Truist Foundation awarded grants to three anchor partners, CAEL (the Council for Adult and … 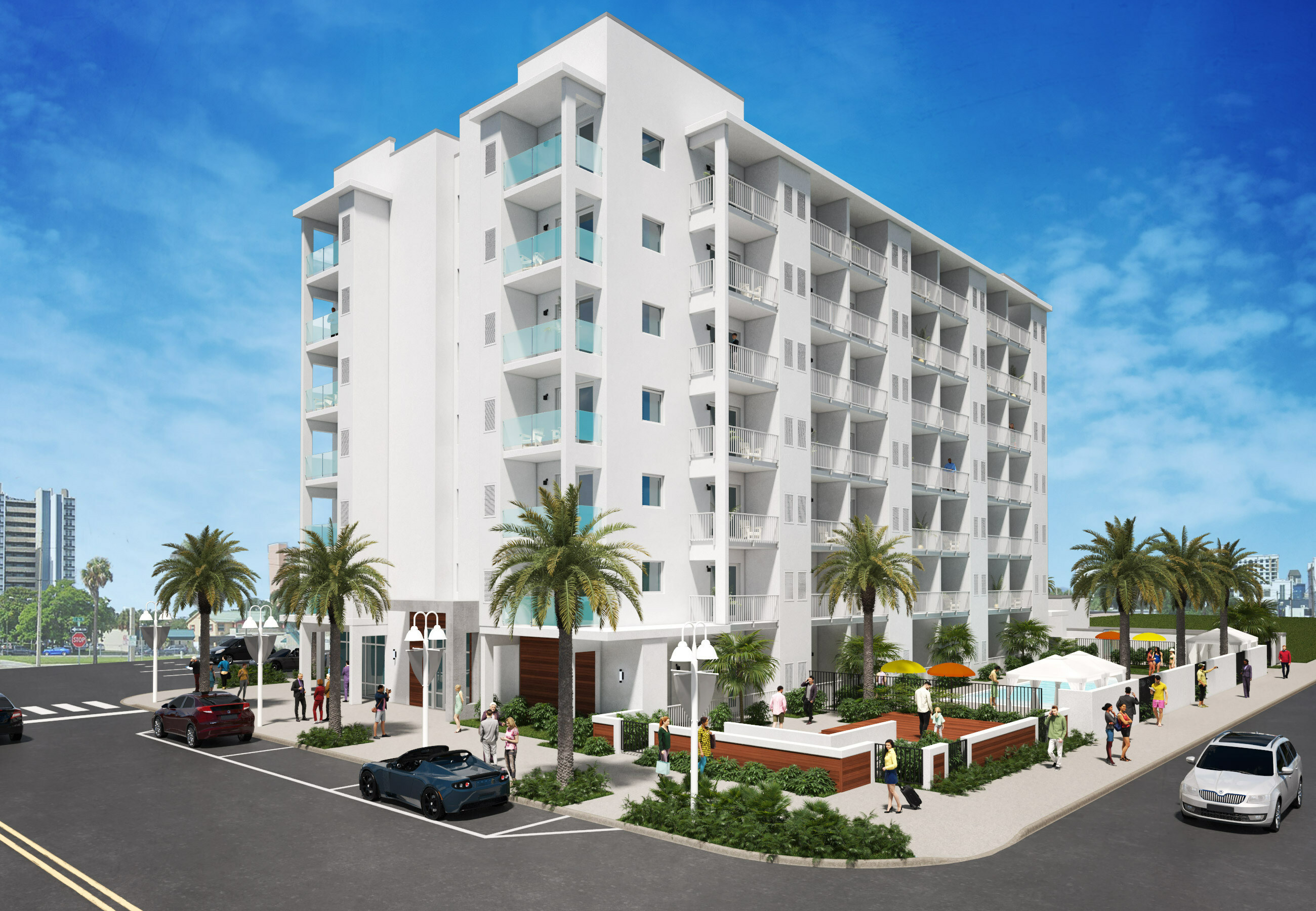 Armada Acquisition Corp. I Announces Additional Postponement of its 2023 Annual Meeting to January 31, 2023

PHILADELPHIA, Jan. 30, 2023 /PRNewswire/ -- Armada Acquisition Corp. I (the "Company" or "AACI") announced today that its 2023 annual meeting of stockholders will be postponed from its scheduled date of 1:00 pm Eastern Time on Monday, January 30, 2023 to 3:00 pm Eastern Time on Tuesday, January 31, 2023. The meeting can still be accessed virtually by visiting .  The record date for the meeting remains December 15, 2022. The estimated redemption price …

CHICAGO, Jan. 30, 2023 /PRNewswire/ -- North Park University will install sensors that detect weather and pollution patterns as part of a $166,000 grant from the National Aeronautics and Space Administration (NASA). The sensors will be installed atop the Nancy and G. Timothy Johnson Center for Science and Community Life on campus. NASA awarded the five-year grant to North Park in part because of its federal status as a Hispanic Serving Institution, a school that is committed to equitable outcomes for Hispanic students. The two weather sensors will be installed by NASA this spring, and money from the grant will fund travel expenses and salaries for instructors and student workers. The equipment will be owned and maintained by NASA. 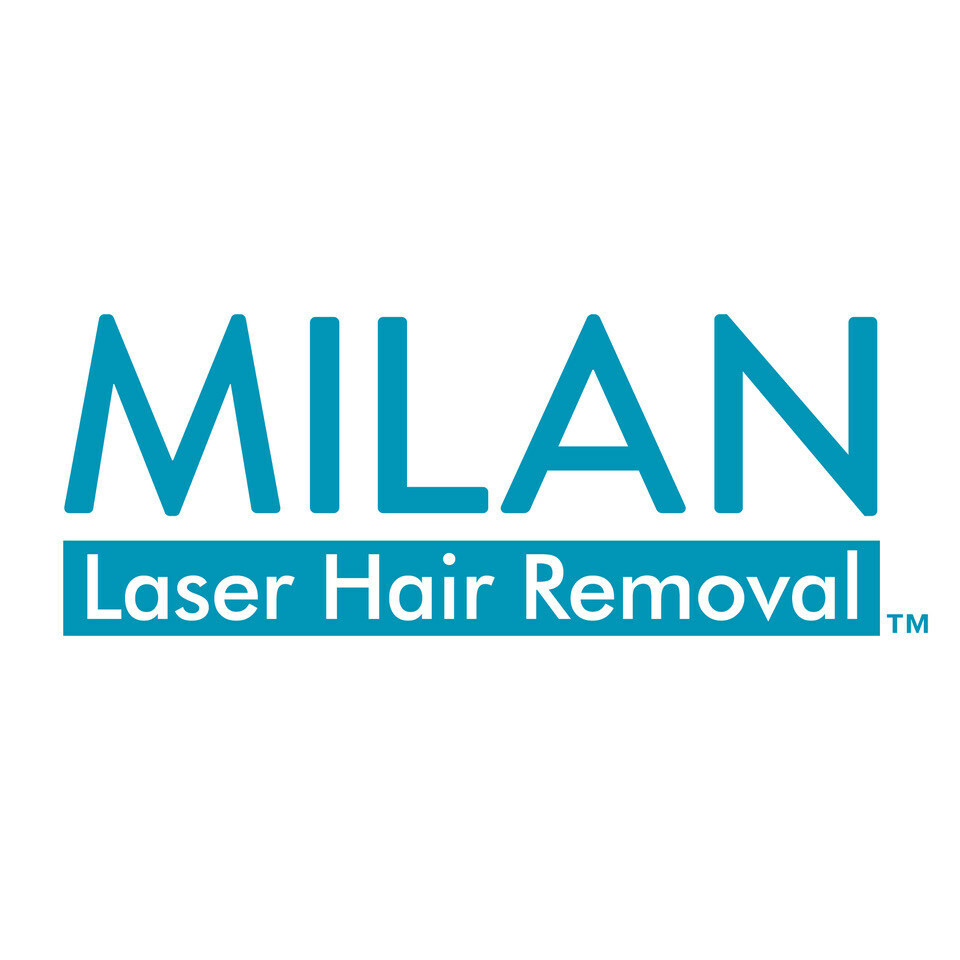 BOCA RATON, Fla., Jan. 30, 2023 /PRNewswire/ -- Fiduciary financial expert Nancy Hite retains TransMedia Group to show why retirement is really a mirage and a time in their lives for which most people are unprepared.   TransMedia Group said it plans to share with media nationwide Hite's more realistic views on that much misunderstood concept, retirement, punctuated with her astute advice on how people can achieve long-term financial stability.  "Nancy has decades of success in …

Crayfish BidCo Oy, 30 January 2023 at 6:30 p.m. (EET) HELSINKI, Jan. 30, 2023 /PRNewswire/ -- On 10 January 2023, Crayfish BidCo Oy (the "Offeror"), a Finnish private limited liability company indirectly controlled by the entities comprising Triton Fund V (together "Triton"), announced a voluntary public cash tender offer for all the issued and outstanding shares in Caverion Corporation ("Caverion" or the "Company") (the "Tender Offer"). The Offeror has previously announced that it …

MIAMI, Jan. 30, 2023 /PRNewswire/ -- Today, a local Miami company announced the launch of their new cannabis THC carts and disposable brand, "Delta Cart." The brand will feature a variety of high-quality THC carts in different strains and cannabinoid ratios including Delta 8, Delta 10, and HHC. According to the company's CEO, "Delta Cart is dedicated to providing a safe and consistent experience for our customers. Our carts are lab-tested to ensure they meet the highest standards of quality and purity. We take pride in using only the finest cannabis extract and natural terpenes to create a truly unique and enjoyable experience." 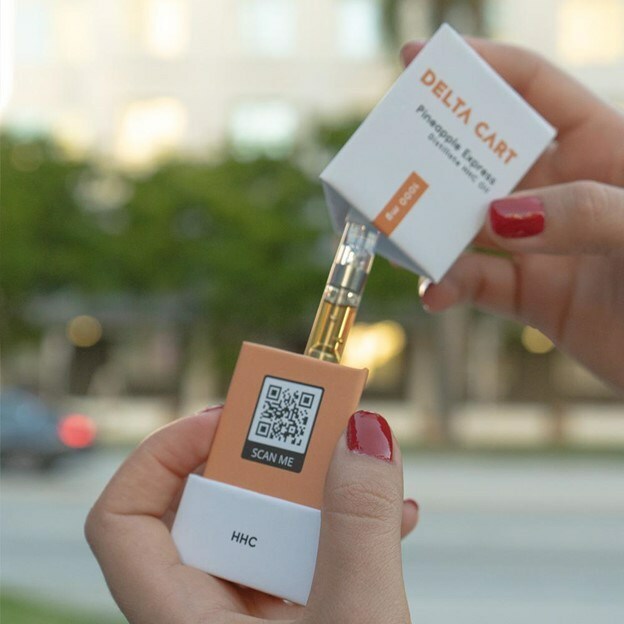 Oracle Named a Leader and Positioned Highest for Ability to Execute in Gartner® Magic Quadrant™ for Integration Platform as a Service, Worldwide

Oracle Cloud Infrastructure integration services accelerate innovation and connect data ecosystems across distributed cloud environments AUSTIN, Texas, Jan. 30, 2023 /PRNewswire/ -- Oracle today announced that it has been named a Leader and positioned highest for Ability to Execute by Gartner in the 2023 "Magic Quadrant for Integration Platform as a Service (iPaaS), Worldwide." The report recognized Oracle as a Leader for the sixth consecutive time. Oracle is also a Leader in the recent …

The SRG-A40 and SRG-A12 Also Provide Excellent Image Quality and Enable Remote Control for Seamless Capture in a Variety of Applications PARAMUS, N.J., Jan. 30, 2023 /PRNewswire/ -- Sony Electronics is expanding its lineup of pan-tilt-zoom (PTZ) cameras with the addition of two 4K models with built-in AI analytics. The SRG-A40 and SRG-A12 cameras automatically and consistently track, and naturally frame presenters, regardless of movement or posture, for seamless content creation and control … 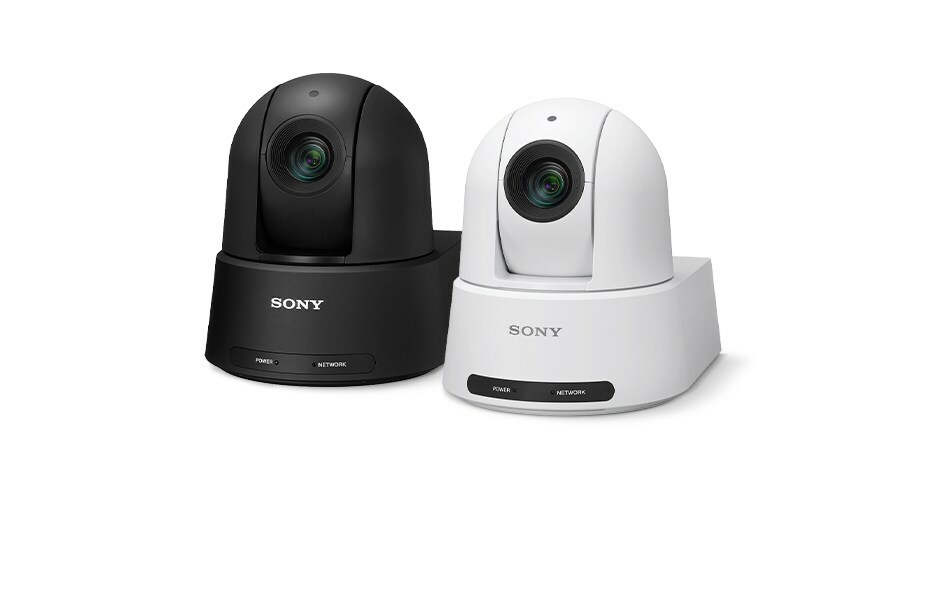 ATLANTA, Jan. 30, 2023 /PRNewswire/ -- Financial planning is not something that comes naturally to many people, yet it is an essential element of future success. For families working to save for their children's educational expenses, 529 plans are often a go-to savings tool. According to the College Savings Plan Network, there are nearly 16 million 529 college savings accounts with nearly $458 billion saved. 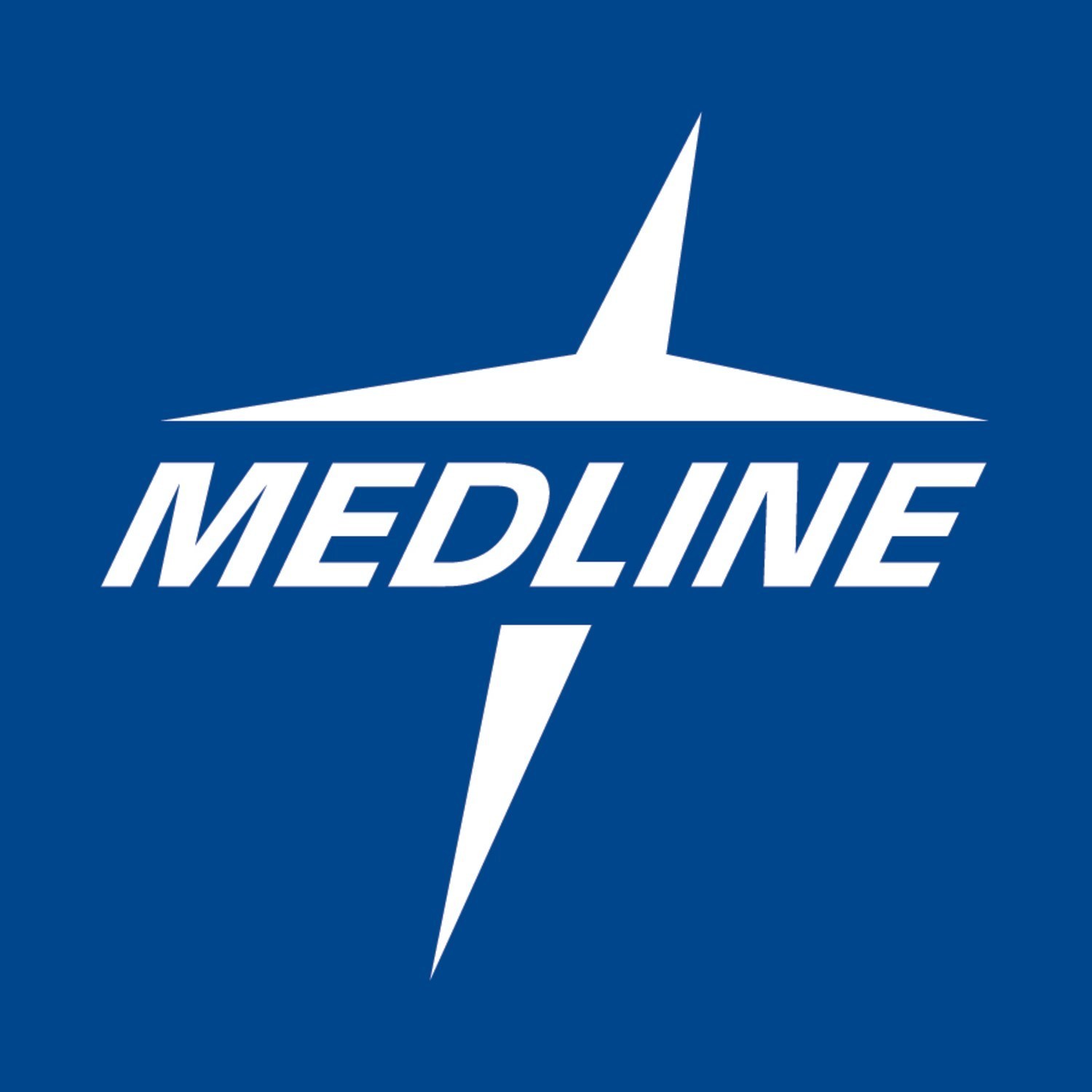 DANA POINT, Calif., January 30, 2023 /PRNewswire/ -- Dana Point Festival of Whales presents Concerts on the Cliff, a special Ladies Night event featuring artists Sheena Easton and Taylor Dayne. The concert will take place at Laguna Cliffs Marriott Resort & Spa on Saturday, March 4, 2023, in conjunction with Bobby Dee Presents.  Sheena Easton is a six-time Grammy nominee and a two-time Grammy Award winner, winning Best New Artist in 1982 and Best Mexican-American Performance in 1985, for her duet with Luis Miguel on the song "Me Gustas Tal Como Eres". She has received five US Gold albums and one US Platinum album. She has recorded 15 studio albums, released 45 singles total worldwide, and had 20 consecutive US singles, including 15 US Top 40 singles, seven US Top Tens, and one US #1 on the Billboard Hot 100 between 1981 and 1991. She had 25 top 40 hits internationally. 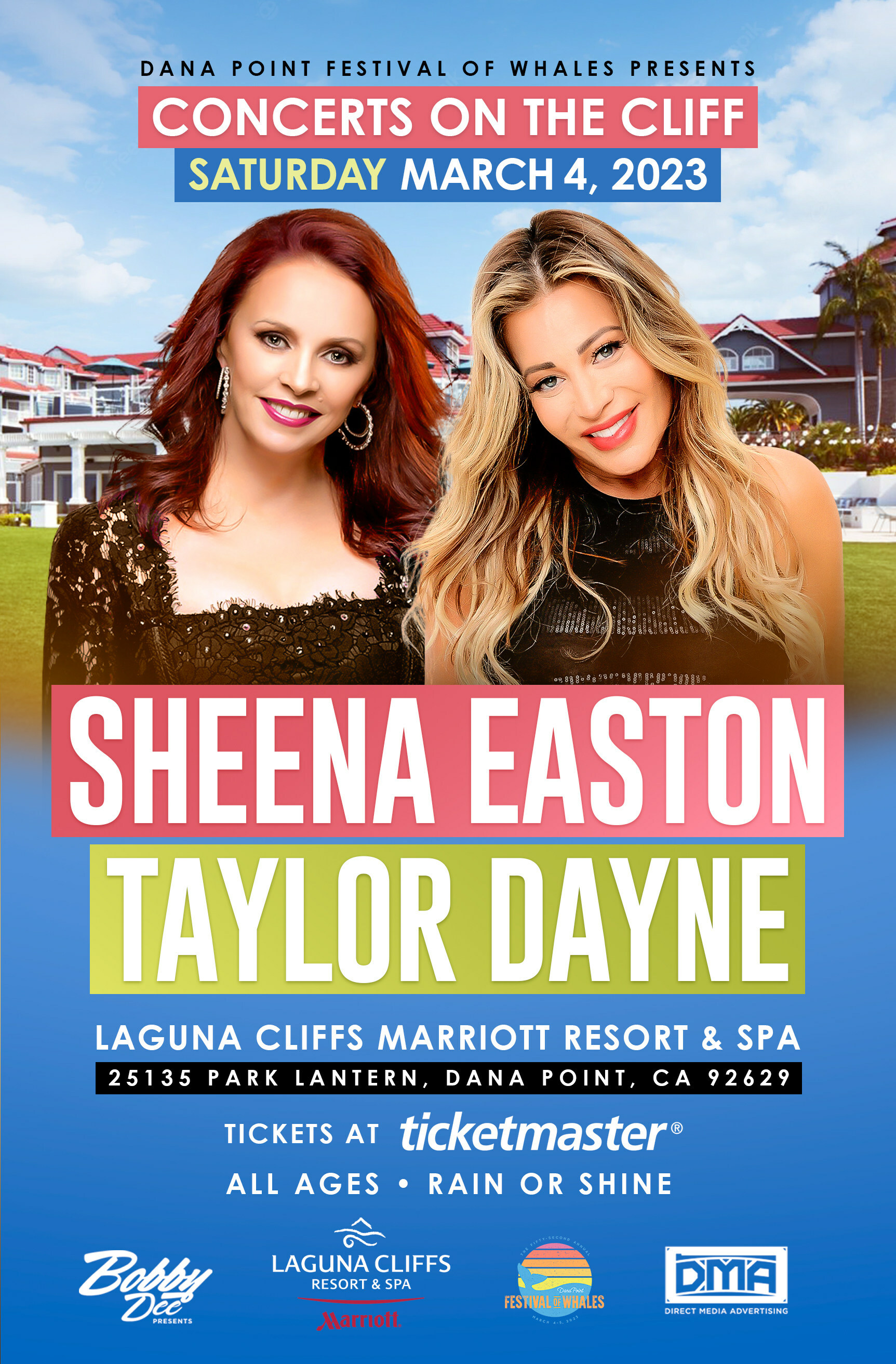 SandboxAQ to test and evaluate its quantum sensor prototype aboard Air Force aircraft WASHINGTON and PALO ALTO, Calif., Jan. 30, 2023 /PRNewswire/ --  SandboxAQ, an enterprise SaaS company delivering the compound effects of AI and Quantum (AQ) technology to governments and the Global 1000, today announced it was awarded a Direct-to-Phase-II Small Business Innovation Research (SBIR) contract by the U.S. Air Force to research quantum navigation technologies. Under the award, SandboxAQ will …