by: Clear the Shelters

SHARE
This is an archived article and the information in the article may be outdated. Please look at the time stamp on the story to see when it was last updated.

To celebrate the five-year anniversary of the Clear the Shelters, NBC and Telemundo stations are teaming up with the Michelson Found Animals Foundation, a leading animal welfare non-profit organization, to present the first-ever Fund the Shelters Challenge.

Every year, thousands of animal shelters and rescues partner with their local NBC- and Telemundo-owned television stations to offer low or waived adoption fees to help families and individuals adopt a pet.

Ahead of this year’s pet adoption initiative on Saturday, Aug. 17, 2019, the Fund the Shelters Challenge will offer shelters and rescues an opportunity to raise money to help offset the cost of offering reduced or waived fees during Clear the Shelters and to support their day-to-day operations.

The Fund the Shelters Challenge kicks off on April 9 and runs through May 9. It is hosted on the Crowdrise by GoFundMe platform.

Michelson Found Animals will award a total of $200,000 in prize money to organizations that participate in the challenge. The top six groups that raise the most money during the month-long challenge will be rewarded with cash grants totaling $135,000. There will also be weekly Bonus Challenges totaling $65,000 to encourage groups to participate participation and give all organizations a chance to win money.

Grand prize winners will be announced in May.

Interested groups can visit crowdrise.com/fundtheshelters to register for the Fund the Shelters Challenge and to read additional program rules and eligibility information.

Since 2015, more than 250,000 pets have been adopted through NBC and Telemundo stations’ Clear the Shelters nationwide pet adoption campaign. Last year alone, over 100,000 pets were adopted during the month-long initative.

The Fund the Shelters Challenge borrows the successful model of the Michelson Found Animals Saving Pets Challenge, which it replaces for 2019. Since 2014, this pioneering fundraising effort has generated a cumulative program impact of over $7.2 million across over 600 participating organizations. To learn more about Michelson Found Animals, visit foundanimals.org.

Groups interested in participating in Clear the Shelters 2019 can visit cleartheshelters.com or contact their local NBC and Telemundo stations directly, to sign up. To access information about Clear the Shelters in Spanish, please visit DesocuparLosAlbergues.com.

Man trying to do handstand falls from Myrtle Beach …

Revised ‘Dreamers’ program to get another review …

BBBBQ revs up much needed revenue for Rogers businesses

51 breaking and entering calls in less than two weeks …

Man trying to do handstand falls from Myrtle Beach …

Revised ‘Dreamers’ program to get another review …

President caught on hot mic: ‘No one f—- with a Biden’ 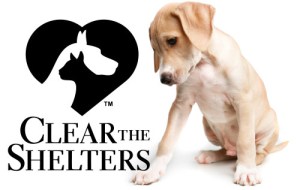