WASHINGTON — Public attitudes about the measles, mumps and rubella (MMR) vaccine remain broadly positive in the United States, according to a new Pew Research Center survey.

An overwhelming majority of U.S. adults (88%) say the benefits of the MMR vaccine outweigh the risks – the same share as in 2016, when the Center last asked this question – while the share who consider its preventive health benefits to be “very high” has grown by 11 percentage points during that time (from 45% to 56%). A 69% majority of Americans consider the risk of side effects from the vaccine to be either low or very low, about the same as in 2016.

The findings come amid rising public health concerns about measles outbreaks in the U.S. and around the world. In 2019, the U.S. reported the highest annual number of measles cases in more than 25 years. And a recent study found that vaccination rates in more than half of U.S. states have been declining over the past several years. 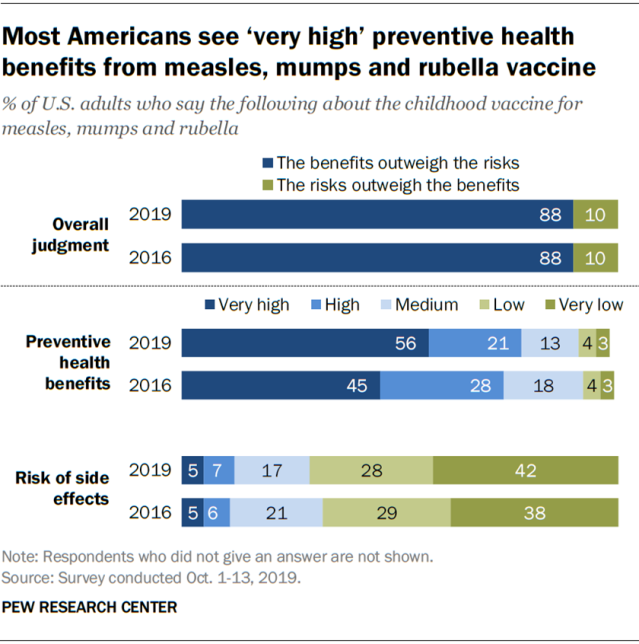 Sam's Club teams up with DoorDash

SILOAM SPRINGS, Ark. (KNWA/KFTA) -- Siloam Springs School District announced Saturday that Northside Elementary will close for two weeks in an effort to control the spread of COVID-19 in the building.

The school received notification that multiple faculty members tested positive for the coronavirus.

Participants met at the Ward Nail park in Lowell for the final Trump road rally of the 2020 election. They then toured the county in vehicles decorated with Trump gear.

The state saw 1,077 new confirmed cases coupled with 239 new probable cases for a total increase of 1,316 new cases over the previous day.

Mac & cheese fan dresses up as favorite meal for Halloween, gets surprised by Kraft

Is Trump or Biden winning? 5 clues from early voting

Here’s how the Electoral College works

Don't Forget to Get a Flu Shot

You Ask, We Answer: Where does your gas tax go in Arkansas?