FAYETTEVILLE, Ark. (KFTA) – A group of incarcerated women are transforming the walls of a local correctional facility using art as they serve time.

The Northwest Arkansas Community Correction Center is right off N. College Ave. It was previously the Washington County Jail and even housed Hurricane Katrina before 2008 – when the correction center took it over.

12 years ago the walls inside were blank but today it’s covered from top to bottom with different murals, stories told by the people living inside. 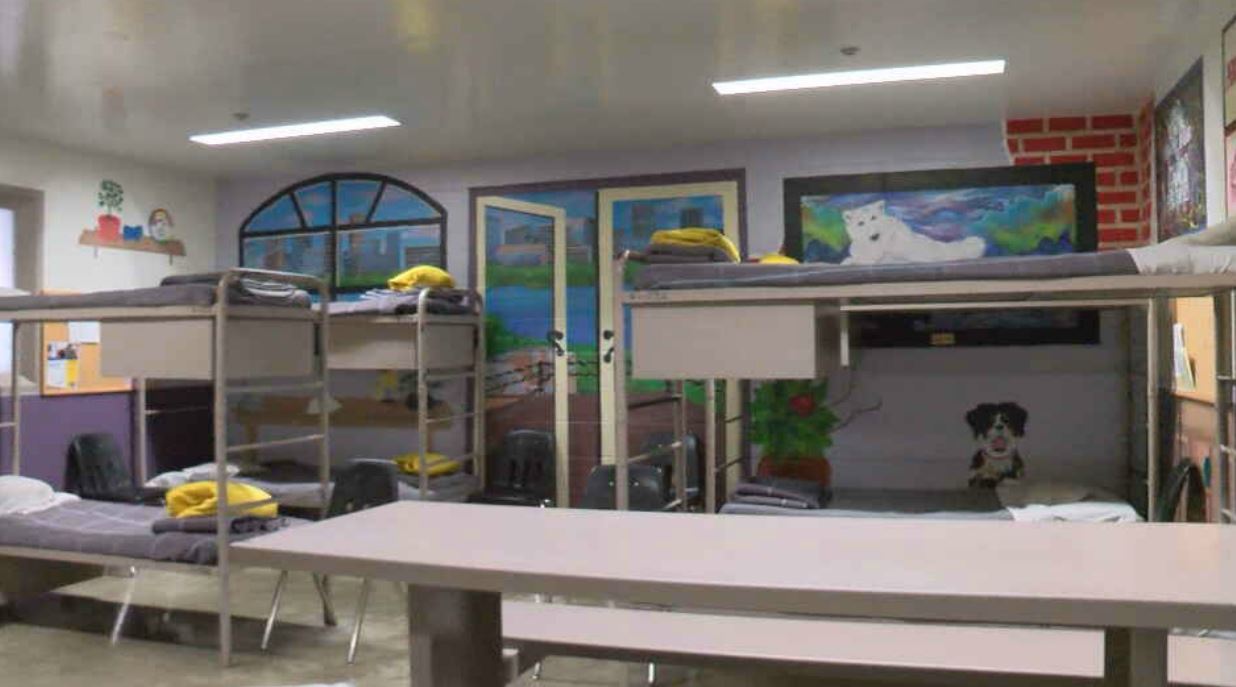 “We’re still getting a glimmer of the outside world and realizing there’s a world out there versus just these walls,” resident Erica Butler said.

Take a few steps inside the center and you’ll find yourself back in time at the Fayetteville Square, inside a Dr. Seuss book and even a ski resort. 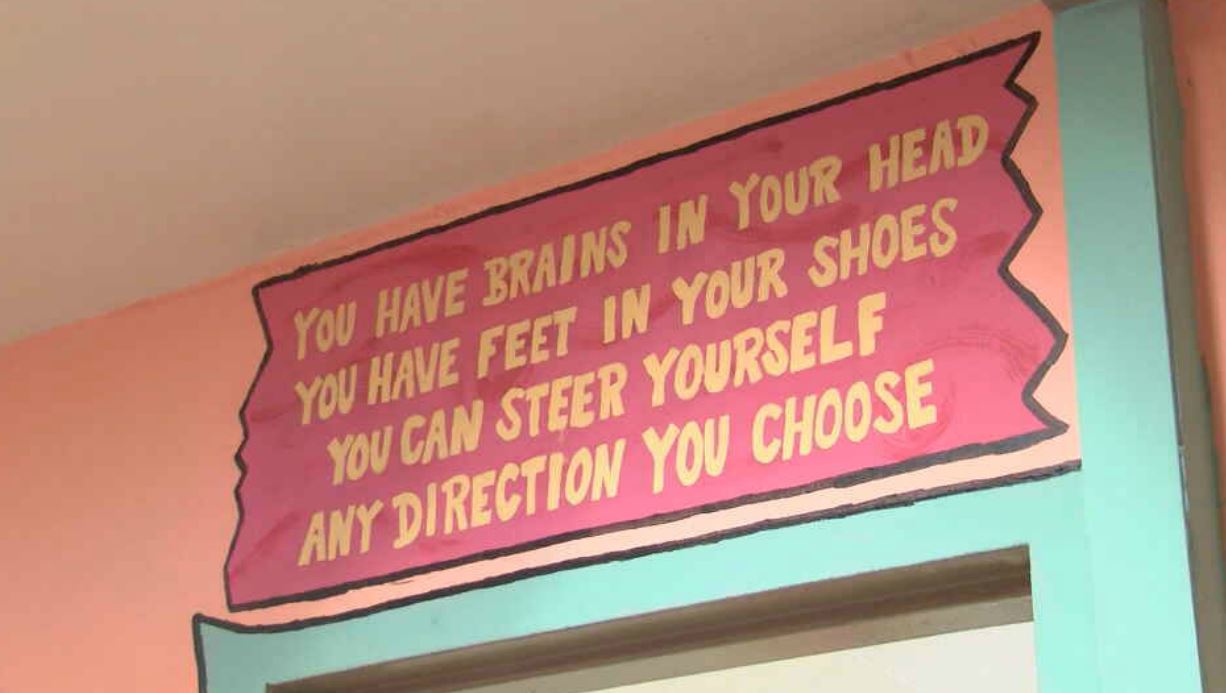 Warden Gary Tabor says the first mural was painted in 2008 when the center opened as a way to make the building look more like a treatment facility and not a jail.

If you look closely at the paintings, you’ll find details that tell a story, like the shovels on sale on $6.82.

“When we started the program we were under Act 682 so if the residents successfully complete the program they were eligible for early release after 9 months,” Tabor said. 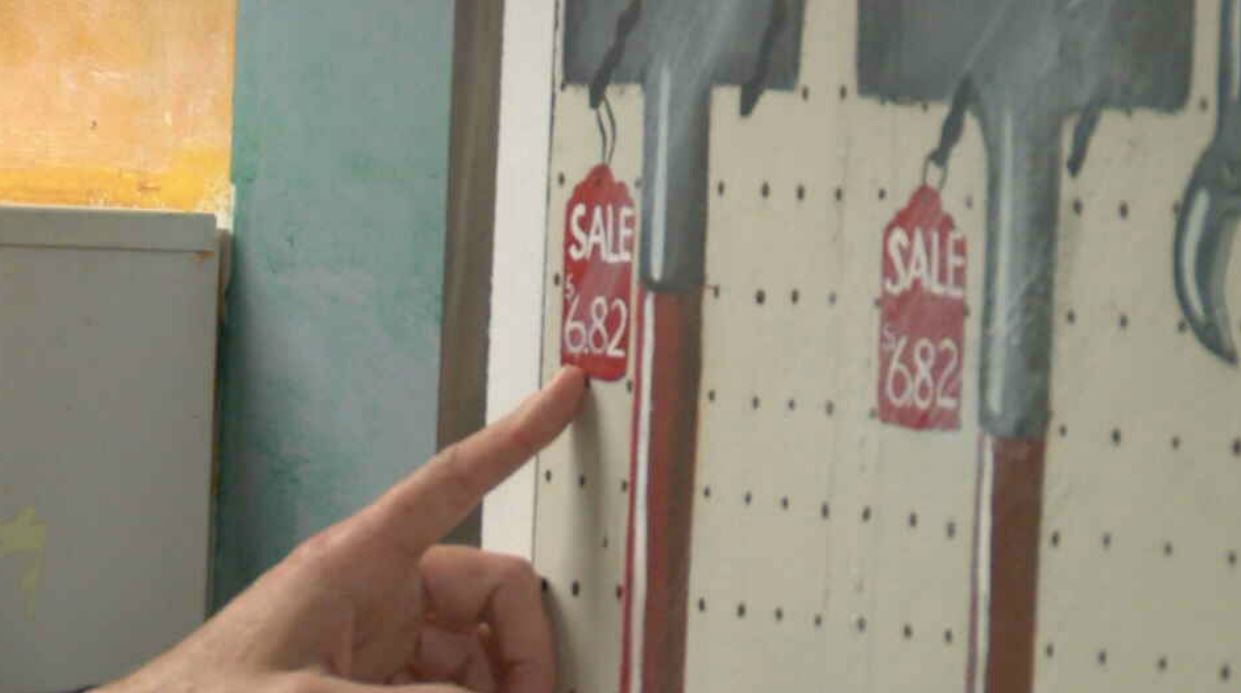 You’ll also see the names of current and former staff and hidden messages like the word “Love” spelled out with trees. 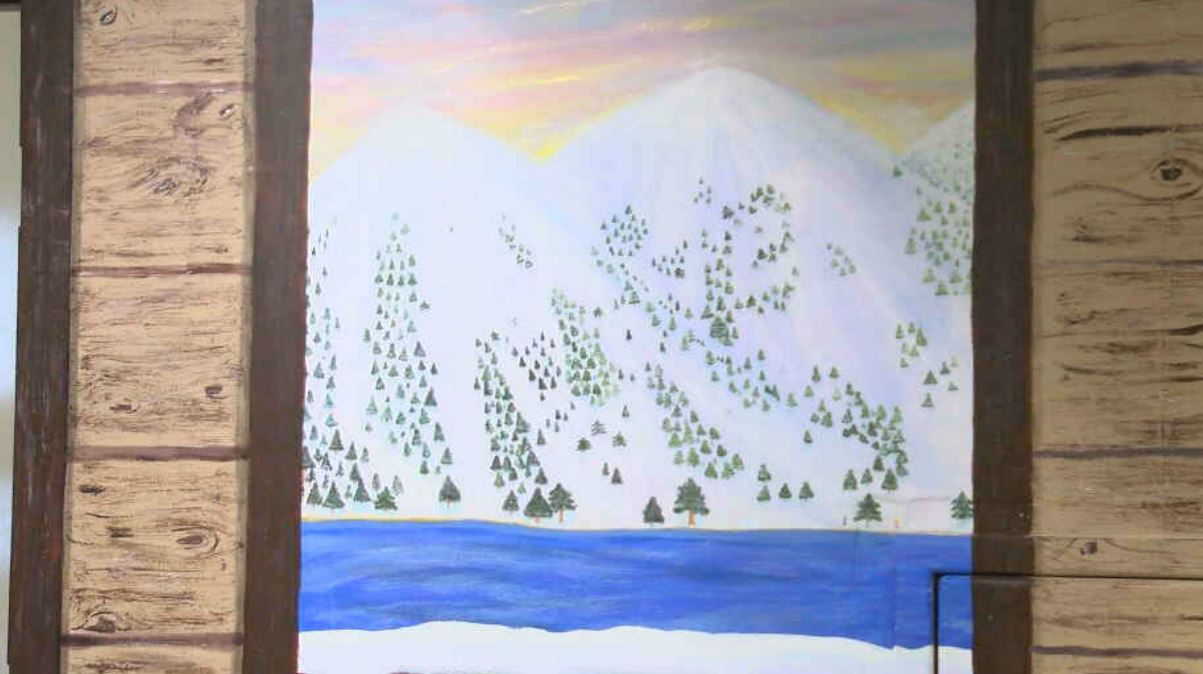 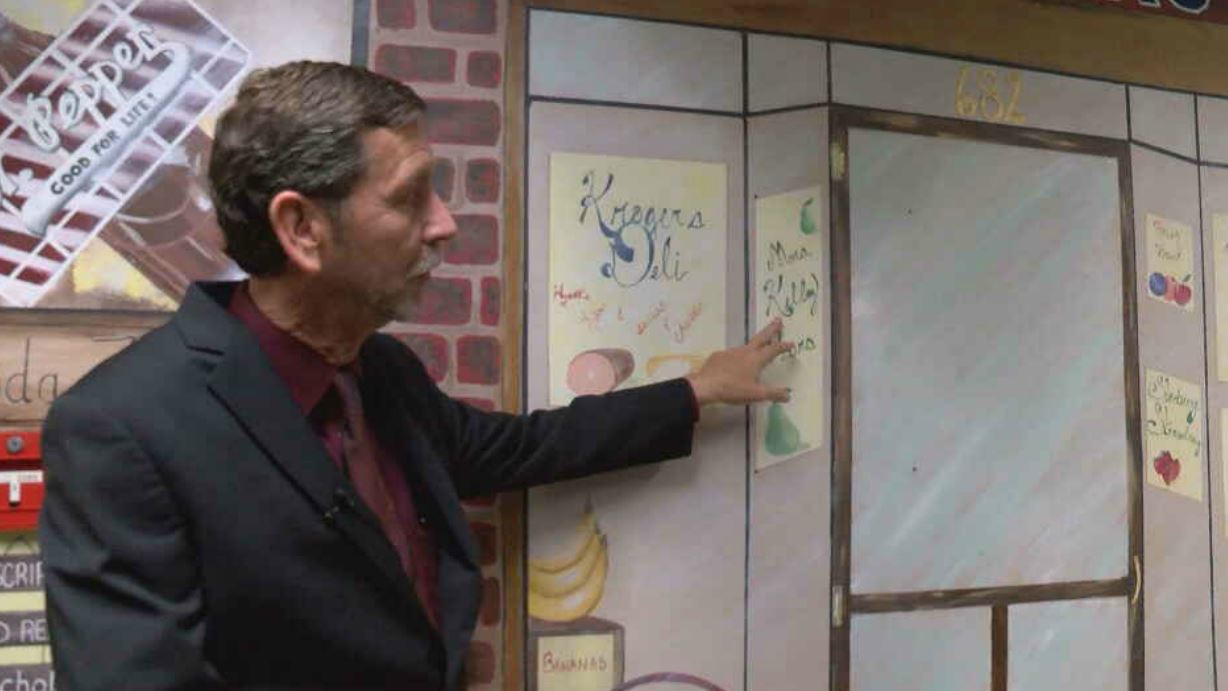 The program allows residents to transform the walls while working to receive a developmental art certificate.

For Megan Collins it’s therapeutic. “It makes me want to wake up every day,” Collins said. “You know sometimes when I was in my addiction I didn’t want to wake up.”

For Erica Butler, it’s helping her prepare for the future. “When I get out of here I want to be a master cake decorator,” Butler said.

Stephanie Emery says it helps her push herself. “I’m able to step outside my comfort zone and apply myself and more often then not I’ve been successful in doing that,” Emery said.

And for Randi Schutt, it’s nostalgic. “Growing up with my sisters we used to always paint on the walls at home and paint pictures,” Schutt said.

For all of these women, it’s about what’s waiting for them on the outside and remembering those who were successful

“They come up with three suggestions for a title,” Tabor said. “Management picks a title and they get a book so it’s like a trophy for completing the program.” 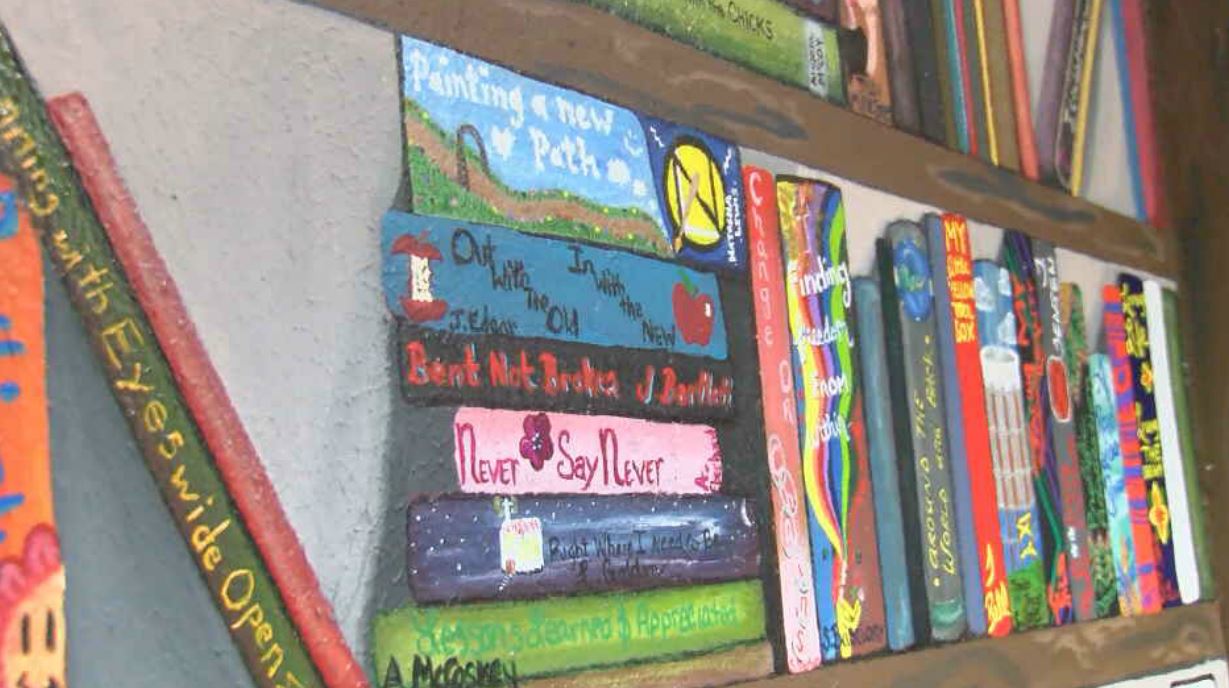 “It came to the point where I’ve just seen growth through the months that I was here and it didn’t so much matter as me leaving as making sure I don’t come back,” Emery said.

NWA gets the state's first mass vaccination event under its belt

Oklahomans affected by winter weather can apply for federal assistance

The city utility board toured the water resource recovery facility this afternoon.

LITTLE ROCK, Ark. (KNWA/KFTA) — Some Arkansas long-term care residents get to leave their facilities for the first time since the pandemic began.

The director, Lee Isaac Chung, is from Lincoln.

Poet Amanda Gorman said she was targeted by security guard: ‘One day an icon, the next a threat’

Crews respond to structure fire at Morrell Manufacturing in Alma

Smoothies for a Year Sweepstakes